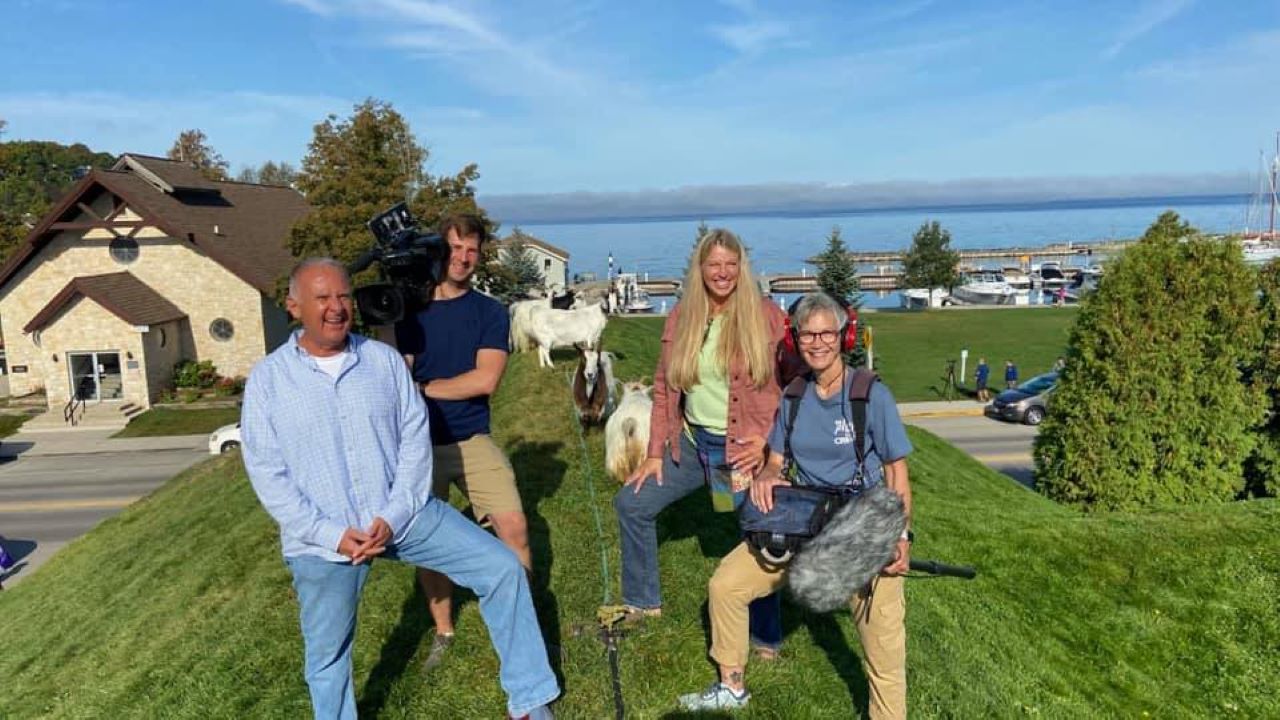 McGivern posted a photo to Facebook of him and the crew on top of Al Johnson’s Swedish Restaurant in Sister Bay, complete with a goat in the background.

If you happened to time it right, you could have seen him live on the Goat Cam HERE.

“John McGivern’s Main Streets” will begin airing in Wisconsin and across the Midwest in January of 2022 on top TV stations all across the upper Midwest, according to the Milwaukee Independent. Plum Media in Milwaukee is producing this series for distribution throughout Wisconsin with the intent to expand the reach across the Midwest each season.

“It’s all about connecting with people and places in our communities. Together, we can support these wonderful main streets and give them the kind of exposure that allows them to grow and prosper in the future, McGivern said on his website.

Fans can follow social media for behind-the-scenes looks during shooting and updates on where it will air.

McGivern was the longtime host of Milwaukee Public Television’s “Around the Corner with John McGivern,” however the show was not renewed after last season.